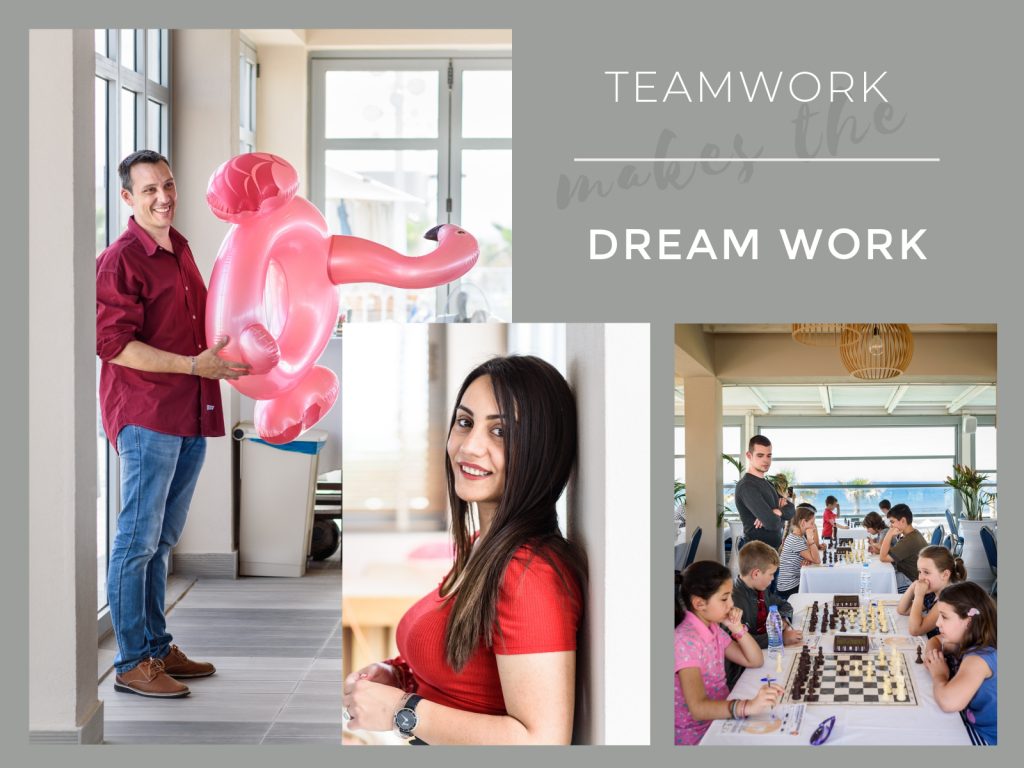 Hersonissos: Stress management for the soul

The Cretan chess event does more than catching the eye, it grabs the heart. When the all-inclusive formula is combined with the overwhelming kindness of the locals and the professionalism of the organizing team, chances are the final experience will be closer to a myth. “Nothing belongs to the Cretan” is neither a pretentious way of showing off nor a matter of honour. It is a way of life, the voice of the tournament organizer capable to inspire the others.

“Chess was always considered by me a form of meditation”, revealed the tournament organizer, Kostas Klokas. “And by playing here, being close to the ancient Cretan civilization, spiritual opportunities might occur.”

“And how do you plan to bring the wind of change in the chess world? Can you sell this concept to the chess communities?”, said the reluctant reporter.
“I don’t want to sell it, I would like to offer it.” 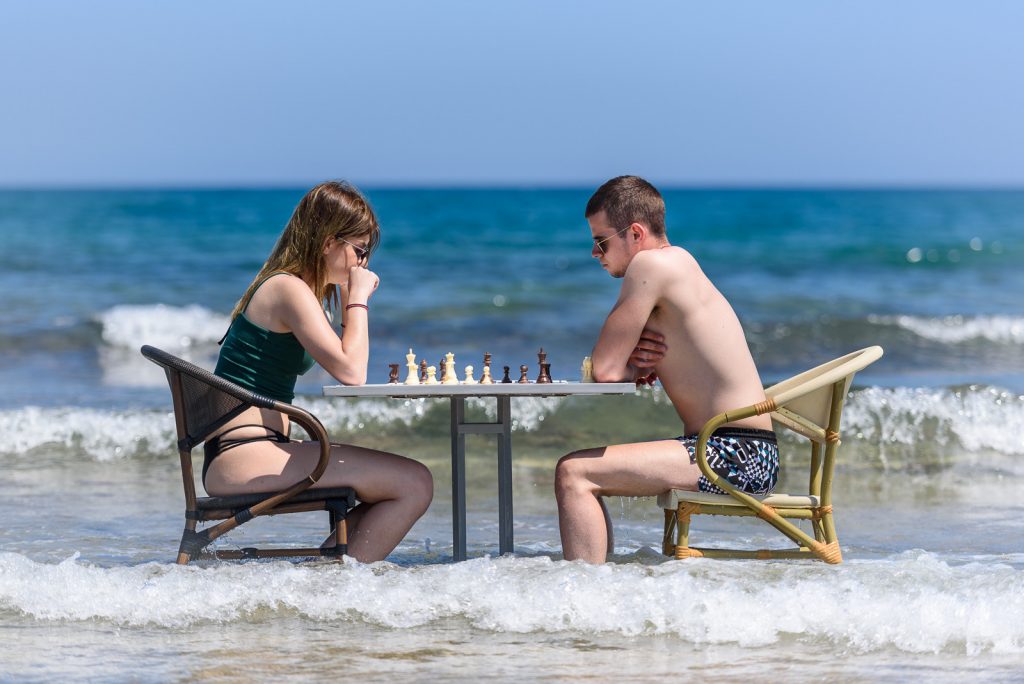 Chess on the beach

You don’t have to take my word for it, the details tell their own tale:
• For the closest supporters: you can follow your dear ones in the playing venue from the comfort of your hotel room;
• for the spectators: twenty live boards — a disproportionate number for the tournament’s proportions;
• for the fashion lovers: colourful t-shirts, which I would gladly wear outside the playing hall (and that is rare for a woman player);
• for the moviegoers: the latest chess-related movies…but since I’ve seen them all:
• for the adrenaline seekers: blitz events;
• for those interested in the rich historical tapestry: three different excursions to Spinalonga Island, Santorini and Knossos Palace (however, I heard that the Minotaur is, quite understandingly, on a holiday too);
• last but not least: for those seeking a bewitching scenery. 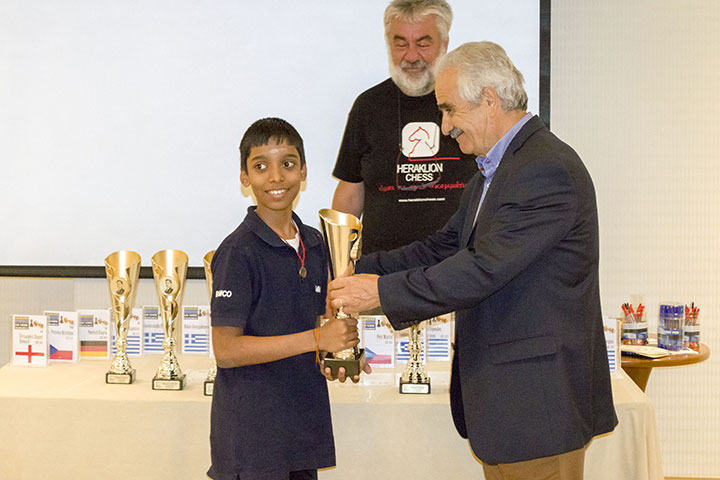 Praggnanandhaa and Poetsch winners in Crete

A Mediterranean destination for norm seekers
The Fischer and Capablanca Memorial tournaments were held April 9th to 17th in Heraklion, on the Greek island of Crete. The pair of closed round-robin tournaments were won by IMs Praggnanandhaa and Hagen Poetsch respectively.

Most strong players would agree that closed tournaments and open tournaments are completely different from each other. Closed tournaments (for better or worse) feature greater extremes of form from all the players, deeper preparation, and a remarkable wealth of conspiracy theories-especially surrounding final round games. 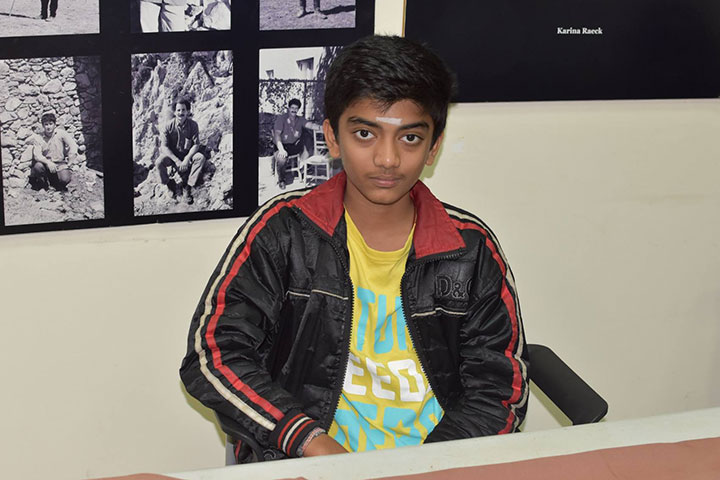 Elsewhere, one notable story revolved around the young super-talent from India, D. Gukesh, born in 2006. After losing two games on the trot, including one to me which he really shouldn’t have, this young prodigy held on to a crumbling position against his compatriot in round seven, before coming back triumphantly in a sharp, but well-controlled encounter. 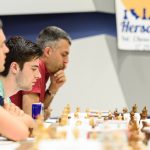 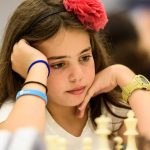